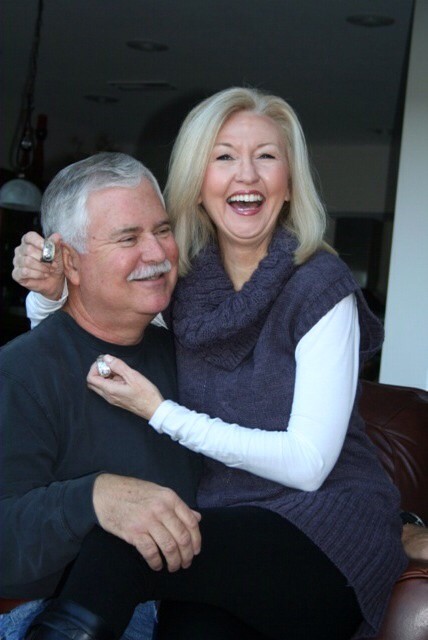 The last message Mark Dobbs received on his cell phone on June 16, 2013 was a missed call from his daughter, Kristi Christensen. She had called to wish him a Happy Father’s Day. When he didn’t answer, she left a message.

“I thought it odd that he didn’t return my call,” Kristi remembers.

Kristi and her father weren’t together on Father’s Day. He lived in Bull Shoals, Arkansas. She lived in Fort Worth. Besides, Mark and his wife, Cheryl, had spent the weekend in Fort Smith attending a Rotary Club meeting. Mark was an active Rotarian.

Later that night, Kristi learned why her father didn’t answer the phone or return her call.

“I received a call that Sunday evening from Mark’s sister,” said Lennard, who is Kristi’s husband. “She told me that Mark had been killed in a car accident and that it didn’t look good for Cheryl.”

The news was received like a blow to the stomach - leaving one breathless and in shock.

“We made sure our children were cared for, then picked up my sister on the other side of Fort Worth and made the eight hour drive to Springfield, Missouri where my mother was in critical condition,” Kristi said. “I don’t think we said a word on the entire trip – we just prayed that mom would survive.”

The sun was rising as Kristi and her family entered the city limits of Springfield at 6:00 the next morning, bringing clarity to the harsh reality now facing them. Their father was gone, and their mom was clinging to life.

“Mom was in really bad shape,” Kristi recalled. “She had a lot of broken bones and had suffered severe brain trauma. In fact, doctors told me she was without a pulse for seven minutes.”

Today, Cheryl lives near her daughters – Kristi and Stephanie Miller – in Fort Worth. The broken bones have healed but the affects of the accident are lasting.

“My mom is resilient and strong,” Kristi says proudly. “She has battled every step of the way in her recovery. But the physical and emotional scars will never heal.”

It’s especially tough around the holidays. Christmas mornings just aren’t the same without Mark. And in January, it will be Mark and Cheryl’s wedding anniversary. They would have been married 42 years.

“I miss my dad so much,” Kristi says. “But my memories are vivid and the life lessons I learned from him, and how he lived his life, are special.”

In the next blog, Kristi talks about her father’s legacy and how her mother is doing today.