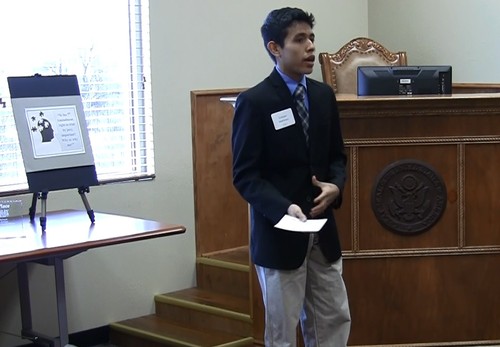 When it comes to the American bill of rights, I thought it would be best to find out the origins of an “inalienable right” and understand how it could get a spot in our constitution.  First I wanted to understand why this certain idea was introduced or conceived. After I found out what historical documents influenced the 7th amendment it was clear that the right to a jury was seen as a key concept to limit the power of the monarchy. Although the United States has never had a monarchy, previous authoritarian regimes show us how without a jury system we can very easily lose control of our government. This revealed to me how juries allow a certain branch of government to have better control over our systems’ checks and balances. In the end I decided to defend the 7th amendment because of the humane aspect it brings to a court and its unique ability to fight government tyranny.

The United States’ bill of rights shares similarities with some European documents; one being the English Magna Carta and the French Declaration of the Rights of Man and of the Citizen. The Magna Carta was written to limit the tyranny of the English monarch restricting its absolute power. The trial by jury served as a granite to liberty, by being an independent body with no commitment to uphold an unjust court. The right to a trial by jury ensures liberty so it’s no coincidence that authoritarian’s governments immediately get rid of juries all together. Hitler first established his own Nazi courts after a jury had found a man innocent for burning the Nazi Swastika. By establishing his own courts he insured control over the German Justice System. Stalin shared a similar tactic of using his show trails to find guilty of treason anyone who opposed him. The most famous examples were the “purge trials” where prominent Old Bolsheviks (the opposing members of the political party) were convicted for treason even though the public perceived them innocent. Vladimir Putin has also begun putting further limits on the right to a jury by restricting when they can be used. What makes the United States government system so great are its three branches of government; which all have its checks and balances. One branch stands out from the rest being as it is the only one that allows everyday citizens to take a part in its process. The right to a trial by jury allows the average citizen to take part in government instead of just politicians. Citizen involvement makes the judicial branch special. If nothing else, the trial by jury serves as a symbol to Americans stating that this is a government of the people and for the people.

The United States court system is often criticized because it's perceived as being too lenient towards lawsuits like in the case of the woman who sued McDonald's claiming her coffee was too hot. However this isn't something we should be ashamed of but rather proud of. In the case of the McDonald's coffee, the woman was absolutely right and the coffee was simply too hot causing her to have severe burns which needed surgical skin transplant. Our right to a trial by jury allows justice, even in situations that might have an unserious atmosphere but have very real substance. That’s another important aspect of our jury system. Allowing a fresh group of everyday citizens who are exposed to a rare experience instead of a judge who sees the case as a routine opens the door for empathy.

In conclusion, juries allow empathy in the courtroom by allowing your average citizen to take part in what appears to be an exclusive federal government. Having a jury gives the judicial branch a special difference from the other two governmental bodies, giving people a chance to be a part of the United States’ checks and balances. This allows people to better prevent a tyrant government. Following the example set by the English Magna Carta and French Human Bill of Rights will insure our liberty and a government controlled by the people.