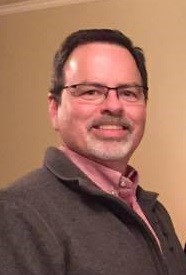 Training. Such a word either conjures up dread and fear in us or the flip side of excitement and a sense of challenge. Each of us has probably spent a lot of time training for something in life whether it may be in preparation for our vocation/profession, to play a particular sport, a musical instrument, or to become more physically fit. All of these require hard work, determination and discipline. How much, though, do we train our mind for everyday living? The human mind is an incredible thing. I was amazed several years ago as Glen Campbell was performing in the Walton Arts Center as part of his farewell tour. He has Alzheimer Disease, and was still able to play the guitar as if he was in his prime. His speech was confused, but his fingers  played almost flawlessly—at least to these amateur ears. What he had done over and over in his lifetime, came back to him even though he had a debilitating neurological disease.

There is an art to training the mind. It is one the Apostle Paul took seriously, and it has implications for all aspects of our lives, attitude, fitness, and behaviors. It affects our work and everyday life. The spiritual as well as practical principle is recorded in Philippians Chapter 4, verses 8-9. He writes to the Church in Philippi, “Finally, brothers, whatever is true, whatever is honorable, whatever is just, whatever is pure, whatever is pleasing, whatever is commendable, if there is any excellence and if there is anything worthy of praise, think about these things. Keep on doing the things you have learned and received and heard and seen in me, and the God of peace will be with you.” Paul was penning these words from a jail cell in Rome and was calling the church in Philippi to stand firm in the midst of adversity. He wasn’t writing from an ivory tower. The one who had been beaten and almost killed for his faith on several occasions encouraged the church to keep their chin up and their eyes on the positive things in any and every situation. If the door is cracked open, kick it wide open!

I think it is an important word for our us in our work, in our homes, in our relationships and in all of life. It doesn’t call us to ignore the reality of life, but it does call us forth from focusing on what can pull us down in life to what can lift us up. Instead of giving up, we see new possibilities. Instead of dragging someone else down, we encourage. Instead of seeing the 99 things that can go wrong, we work to bring about change. It’s a matter of catching ourselves in old behaviors and waking up to the new. It’s not easy, but nothing in life that is worthwhile is easy. How did Paul do it? I really don’t know, but I know he couldn’t do it on his own. I think it was only through the power of the One who was able to look through the tough times and see the good ones, the One who could look beyond the temporary pain of the cross and see the light of eternity, and the One who can see potential in us to see God’s promises fulfilled through us.