Tire Litigation is written by Benjamin Baker. For over 20 years he has been involved in cases against automobile manufacturers. He has won cases against manufacturers like Toyota, and has obtained record verdict amounts against cab guard manufacturers. In this book, he gives an introduction into litigation for defective tires and the basics of making out a successful personal injury claim.

The first chapter is a brief but thorough introduction into the world of tire litigation. The first thing he does is make the reader realize how prevalent of an issue this is for drivers. For instance, there are over eleven-thousand crashes a year due to tire failure.  It occurs so frequently because a tire can fail for several reasons, including: a defective design; negligent manufacturing; a negligent repair of used tires; and a defective installation process. This sets up the reader to understand the importance of tire litigation in that it significantly helps to reduce the negligence on the manufacturers side, thus helping to prevent a larger number of serious injuries caused by defective tires.

The second chapter is where he starts to get into the basics of litigating a tire defect case. First and foremost, a potential plaintiff needs to know if they have a case. Tire defect cases can become expensive, easily reaching figures as high as two-hundred to five-hundred thousand. This is due in large part to the amount of research and experts a plaintiff has to hire to prove that the tire was truly defective, and to determine the defect’s cause. Benjamin introduces the reader to his “Triangle” and “Square” methods that help determine the qualities of a potential case so that you can know if it is worth pursuing. Generally, the “Triangle” determines if there is a case and the “Square” determines the strength of the case. 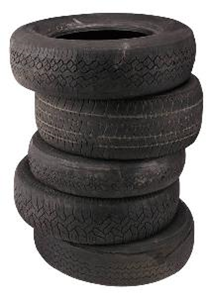 The “Triangle” is made up of three qualities: (1) liability; (2) damages; and (3) solvent defendant. To explain this in a real-world situation Benjamin recalls being approached by an SUV owner who had a tire blowout. In his investigation, Benjamin discovered that the blowout was possibly due to a negligent repair by a local retailer. The blowout itself caused a wreck. The first two elements of the “Triangle” were met; however, he discovered the local retailer did not have liability insurance to cover the sale of used tires. This meant that the local retailer was not a solvent defendant, but if they did have liability insurance then all sides of the “Triangle” would have been completed.

The “Square” is made up of the following: (1) jurisdiction/venue; (2) defense attorney; (3) plaintiff’s expert witness(es); and (4) plaintiff’s appearance and demeanor. These elements are not a make or break for a tire defect case like those in the “Triangle”. Rather, they have different degrees of benefit or detriment to the plaintiff and defendant. These are aspects meant to gauge the strength of the case. Keeping the “Square” in mind after having met all three elements of the “Triangle” will empower a potential plaintiff to know what to expect out of their tire defect case.

After just the first two chapters the reader comes away with a better understanding of the general scope of tire litigation in the United States and what to do, step-by-step, if you ever find yourself in a situation where you have a possible case.

NOTE:  Bailey & Oliver Law Firm has a reading program and an office library full of many great books. Our mission is to inspire, train, and mentor our work family to improve ourselves and client services.