Today is the official start of Bikes, Blues and BBQ 18th annual motorcycle rally in Fayetteville, AR.  This event brings thousands of motorcycles to Northwest Arkansas and is the largest charity motorcycle rally in the world.  Promoted as the Motorcycle Rally with a Purpose, to date this event has raised over $1.5 million for local non-profits.

In 2017, over 400,00 people attended BB&BBQ representing all 50 states and several other countries.  Our motorcycle enthusiast visitors deliver a huge economic impact to our local economy.  A 2013 study conducted by the University of Arkansas Center for Business and Economic Research, reported an estimated $69-$80 million was distributed into the Northwest Arkansas economy during rally week!  This amount will increase significantly in 2017 and is a dramatic increase compared to the first rally in 2000 with just over 300 riders! 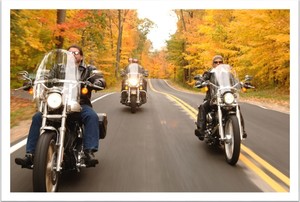 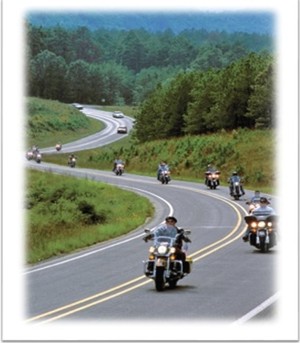 Bailey & Oliver encourages you to drive safe and watch out for motorcycles during Bikes, Blues and BBQ.  Here are a few safety tips to remember when you are on the highway.

1. There are a lot more cars and trucks than motorcycles on the road, and some drivers don't "recognize" a motorcycle; they ignore it (usually unintentionally). Look for motorcycles, especially when checking traffic at an intersection.

2. Because of its small size, a motorcycle may look farther away than it is. It may also be difficult to judge a motorcycle's speed.  When checking traffic to turn at an intersection or into (or out of) a driveway, predict a motorcycle is closer than it looks.

3. Because of its small size, a motorcycle can be easily hidden in a car's blind spots (door/roof pillars) or masked by objects or backgrounds outside a car (bushes, fences, bridges, etc.).  Take an extra moment to thoroughly check traffic, whether you're changing   lanes or turning at intersections.

4. Because of its small size, a motorcycle may seem to be moving faster than it really is.  Don't assume all motorcycles are speed demons.

5. Motorcyclists often slow by downshifting or merely rolling off the throttle, thus not activating the brake light.  Allow more following distance, say 3 or 4 seconds. At intersections, predict a motorcyclist may slow down without visual warning.

6. Turn signals on a motorcycle usually are not self-canceling, thus some riders, (especially beginners) sometimes forget to turn them off after a turn or lane change.  Make sure a motorcycle's signal is for real.

7.  Motorcyclists often adjust position within a lane to be seen more easily and to minimize the effects of road debris, passing vehicles, and wind. Understand that motorcyclists adjust lane position for a purpose, not to be reckless or show off or to allow you to share the lane with them.

8. Maneuverability is one of a motorcycle's better characteristics, especially at slower speeds and with good road conditions, but don't expect a motorcyclist to always be able to dodge out of the way.

9. Stopping distance for motorcycles is nearly the same as for cars, but slippery pavement makes stopping quickly difficult.  Allow more following distance behind a motorcycle because it can't always stop "on a dime".