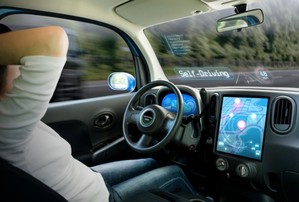 Driverless cars are looking more and more like they will become commonplace in the near future. Several auto-manufacturers have already started to create their own models and testing is underway. This technology, ideally, will present us with many new benefits. Advocates of the technology claim that it will cut down on accidents, reduce traffic times, free up our time to work while we travel, and be more fuel efficient. That being said, anyone who has ever had a phone or computer act strangely or erratically knows that technology is far from perfect. Driverless cars, unfortunately, have already shown themselves to be no different.

Take the recent happening in Arizona with a driverless car owned by Uber. A pedestrian was killed by a self-driving car. The car even had a human back-up driver in the case of an emergency, but that was not enough to prevent this accident from occurring. Several states, Arkansas included, have already enacted legislation that touches on self-driving vehicles. It is still a new area with very little regulation though, which raises some interesting and unanswered questions.

One such question is who will be liable when a self-driving car injures someone. Clearly, there would be no human driver to hold responsible for the crash. Most likely there would be issues involving product liability with the computer in the car or the car itself. The designer of the computer as well as the company using it could be liable. So, in the Arizona case, Uber would most likely be held at least partially liable for the incident.

There will also be differences depending on your state’s negligence laws. In Arkansas, we have a comparative fault system. So, if a pedestrian is hit but they acted erratically in such a way that “confused” the computer system in the self-driving car, that could impact the amount of damages the person hit receives. The future of self-driving cars will certainly complicate things initially. We will have to create laws to deal with them and to make sure that those individuals injured still receive the compensation they deserve.

If you have been involved in a car-wreck or simply have questions regarding liability in general, please contact us at Bailey & Oliver Law Firm. We have years of experience litigating complex cases and representing clients who have suffered from personal injuries. With our representation, you can rest assured that we will go the extra mile to provide you the legal help you deserve. Our office is located just West of Exit 81 on I-49 in Rogers, Arkansas.  Give us a call at 479-202-5200.