Any motorist who illegally passes a school bus – even if nothing happens and everyone is OK – is guilty of a misdemeanor. 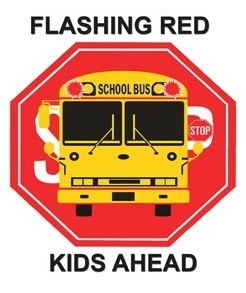 According to the Arkansas Department of Education, more than 6,000 school buses will be traveling Arkansas roadways this school year.  The Arkansas Department of Education along with the Arkansas Association of Pupil Transportation, and the Arkansas School Bus Mechanics Association are encouraging all drivers to obey traffic laws, especially around school buses.  Together they are launching the 7th annual Flashing Red. Kids Ahead. school bus safety campaign.  This campaign is an effort to remind drivers that it is illegal to pass a stopped school bus when the buses red lights are flashing.  A stopped school bus with red flashing lights indicates students are getting on and off the bus.

On a single day in April of this year, Arkansas school bus drivers reported 884 instances where drivers illegally passed stopped school buses.  In 2004, Isaac Brian, a 4th grader in the Bryant, AR School District was tragically killed with a driver failed to realize the bus was stopped.  Witnesses reported the bus was not only stopped but had its warning lights flashing at the time of the accident.  This tragedy lead to the creation of  Arkansas Act 2128 of 2005 or ‘Isaac’s Law’.  The legislature increased the fines in Isaac’s Law  this year with Act 166. Drivers can now face up to a $2,500 fine or up to 90 days in jail.

According to Gov. Asa Hutchinson, Approximately 350,000 Arkansas students ride school buses every day. “Student safety on and off the bus does not stop with bus drivers; every motorist has a responsibility.”

We encourage you to be cautious when driving in school zones and when traveling on the roadways with school buses. Isaac’s father, William Brian recently said “I’m encouraging you to take your responsibility as a driver seriously.  I’m asking you to eliminate distractions and have a heightened sense of awareness anytime you see flashing red lights.”

Everyone has a responsibility to ensure students arrive to and from school safely. Remember: Flashing Red. Kids Ahead. To learn more about the campaign, visit www.flashingredkidsahead.org.