In a signed proclamation, Governor Hutchinson invoked emergency executive powers to approve funding and to declare the site an emergency.

The proclamation states in part that the funding will "render maximum assistance to the Arkansas Department of Emergency Management" to put the fire out at the site.

Governor Hutchinson toured the site in Bella Vista on December 28th. He said the proclamation will cut through some red tape and get the process moving more quickly to fix the problem.

Hutchinson said he also will dedicate funds to the cost of the remediation, which will be in the millions. 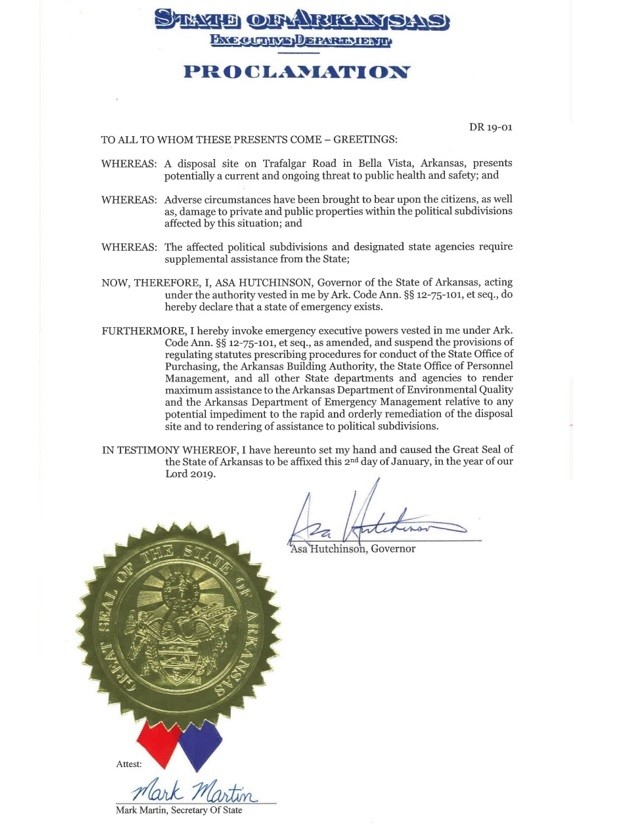 Go to nwa HomePage for the original article and link to the Governors proclamation:    https://www.nwahomepage.com/news/governor-signs-proclamation-in-efforts-to-put-out-the-stump-dump-fire/1685039992