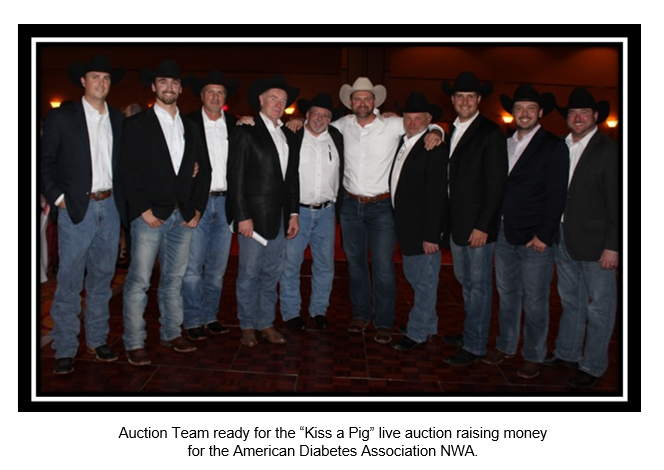 Since 2008, the Bailey & Oliver Auction Team has donned their jeans, pulled on their boots, and worn their cowboy hats to local events sponsored by non-profit organizations throughout Benton and Washington Counties, all to encourage bidding during live charity auctions. 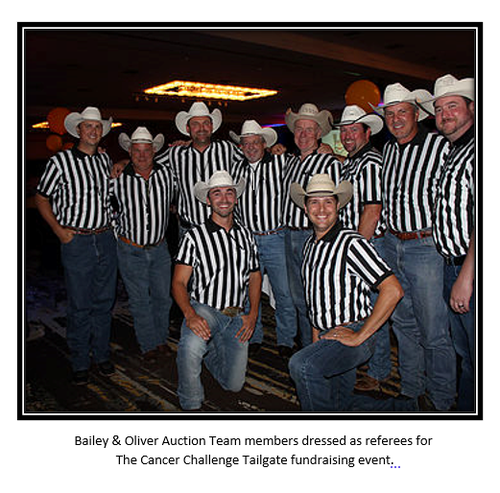 This “cowboy” auction team is led by attorney and auctioneer, Sach Oliver. So how does a successful lawyer become a benefit auctioneer? In the early 2000’s, Sach had attended several events in Northwest Arkansas and met Dick Trammel, a well-known philanthropic icon in NWA: a man known for giving back to his community. They became acquainted and one day Dick called Sach on short notice and asked if he could fill in as charity auctioneer for an event. Sach had never done anything like this before and it was a step outside his comfort zone. But Sach became hooked.

Sach went to college on a rodeo scholarship so he’s no stranger to the cowboy lifestyle. The auction team members are professionals but also involved in rodeo activities, so cowboy hats and boots come naturally. All the team members have outgoing and enthusiastic personalities which help make the charity auctions fun and spirited.d! So much so that he attended the American Auction Academy (formerly Texas Auction Academy) to learn how to be a real auctioneer.

Over the last several years, the team has participated in as many as 28 events during a 12-month period. The pandemic cancelled many of the events in 2020 and 2021, but it didn’t stop the team from doing their best to help non-profits raise needed funding during their events.

As of November 2021, this is how much the “cowboys” have help raise for NWA non-profits. No small feat for a group of volunteers passionate about giving back to their community 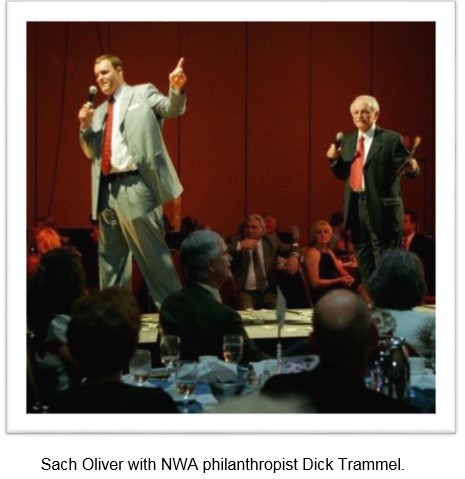 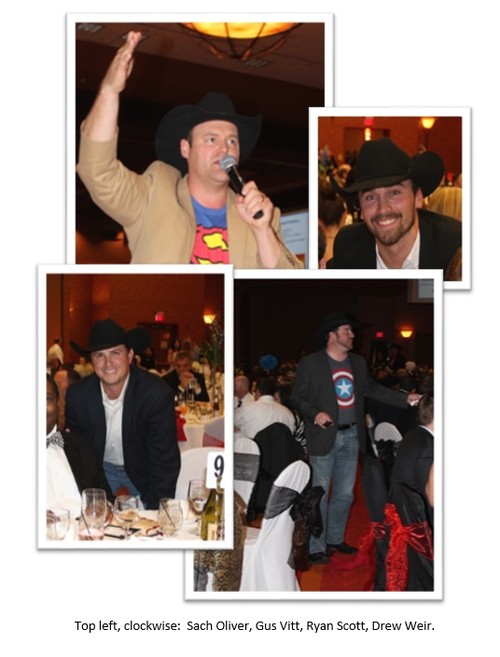