Hydraulic Fracturing and Its Effects on Health and Property

Hydraulic fracturing, or “fracking”, is a method of oil and natural gas extraction that the industry uses often in Arkansas and surrounding states. Fracking uses a high-pressure stream of water and chemicals to break up shale rock thousands of feet under the ground. The natural gas stored in the rock is released, and then sent through underground gas lines to containment wells. The fracking fluid is pumped back up to the surface, where it can leak chemicals into the groundwater and the air. 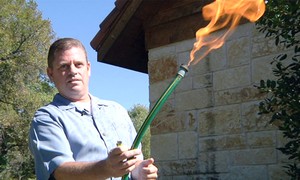 The public is becoming aware of the inherent dangers in the practice of fracking. The industry uses its mighty resources to deny any responsibility for the illnesses, pollution, and property damage caused by the fracking process. But the science is in. Fracking is proven to cause earthquakes and property damage, groundwater pollution, and illness caused by exposure to the toxic chemicals that leak into drinking water sources and into the air.

Cases have been brought to court in Arkansas, Oklahoma and Texas on several types of claims. Some are:

If you believe your health or your property may have been affected by negligent fracking practices, you are entitled to investigate and seek compensation for the harm you have experienced. To go up against the industry, you need the attorneys and experts that Bailey and Oliver Law Firm can bring to your case. We don’t get paid unless our client wins, so our team is strongly motivated to obtain a successful outcome.