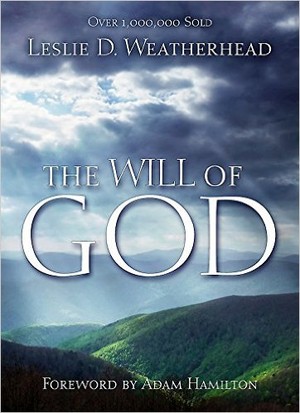 This is my last installment on suffering. Bear with me!

Every time I have written this article lately a tragedy has occurred. Today is no different as just two days ago, the Ataturk Airport in Istanbul, Turkey, was terrorized as three separate bombings were carried out leaving 42 dead and 238 injured. It is so hard to understand how human beings—who were created differently from all other animals in having intellect, the ability to reason and to have the capacity for feeling, compassion, in short, in the image of God (my opinion)—refuse to use such abilities. Our world is enamored with darkness so it seems. That’s the problem that John identified in the opening of the Gospel with his statement of hope, “The light shines in the darkness, and the darkness did not overcome it.”

In every darkness there is hope, for the light is/was not extinguished. This is so important to remember in the midst of suffering. Does God cause suffering? That’s one of the questions we have been examining. In the above example I would hope that we would all say that God did not cause these acts of terror (for which no one has taken responsibility for as of yet). I don’t believe it is in God’s nature to inflict suffering on humans, on his creation. We do a pretty good job of that ourselves. Certainly free will has much to do with it on our end, although I have previously stated that not all suffering is caused by bad choices or decisions. People get ill. Storms, that also nourish the earth, sometimes cause destruction, and even take lives. Accidents happen. People of one political, or even religious persuasion or ideology kill people of contrary positions. I saw on Facebook just the other day a saying that read something like, “If your religion compels you to hate or kill others, it’s time to get another religion.” It’s another way of stating a belief that God doesn’t hate or kill.

Leslie Weatherhead, a theologian who lived and wrote during the WWII era, authored a book entitled The Will of God that changed my life after I read it in seminary. In it he asserts God does not cause or initiate human’s suffering any more than a good parent would never hold a handkerchief soaked in the Cholera virus over his own child’s nose and mouth. God’s will for us is not harm, but good. Many lift up Jesus as the example that God causes suffering in that Jesus was born into this world only to suffer and die, and then be raised from the dead. I believe there was much more to it than that. Jesus was faithful to God, and because he was one with God (the traditional Christian church asserts Jesus is part of the Trinity thus one with God the Father and God the Holy Spirit), he was able to see THE way through to life eternal. Jesus chose to go the route of suffering and pain to be that perfect sacrifice the Jewish people would understand. His free will gave him the opportunity to suffer for all of humanity, so humanity would not have to suffer forever. I may sound preachy here, but I absolutely believe that Jesus came to “save his people from their sins” and that this was not a concrete written script for Jesus. How he would accomplish it was up to him. He chose to fulfill it first through teaching and preaching about the Kingdom of God and showing God’s compassion for all as he healed and attended to the least, the last and the lost. The then sought to fulfill the scripture by identifying with the Suffering Servant of Isaiah chapter 53. He chose to suffer and walked right into it. Wow! Many of us would never do that, but we might if the people we love the most were threatened. “Greater love has no one than this: to lay down one’s life for his friends!” (John 15:13) Even the darkness could not overcome Jesus’ love for people. Suffering gave way to life.

I know there are many arguments on both sides of this issue, but understand these things: 1) Suffering is real; 2) It doesn’t always make sense; 3) God is not punishing those who suffer; 4) It is not always someone’s fault; 5) God is in the midst of the suffering for God knows suffering by being a parent to us all and by being the parent of Jesus who suffered for us all; 5) Suffering is redeemable—good may come out of suffering (most of the time it does); and 6) there is hope even in the midst of the suffering (the light in the darkness) that is sometimes present through God or through family and friends. It’s love, not hate, that keeps us going—even when we suffer.

In whatever you are suffering through today, this applies to you.

Let me know if you need anything. I am here for you.